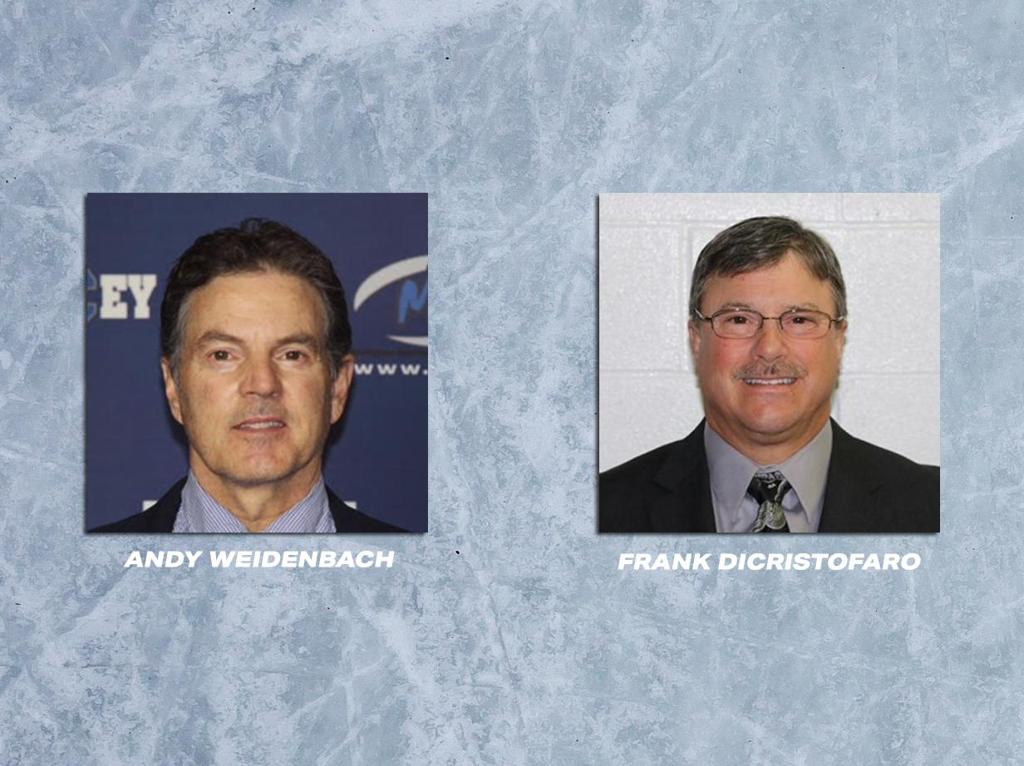 The Michigan High School Coaches Association has announced its Hall of Fame Class of 2022, and two high school hockey bench bosses are being honored.

Weidenbach retired from coaching in 2019 after guiding Cranbrook to 10 state titles over 26 seasons. Along the way, he also helped create and serve as the president of the Michigan Interscholastic Hockey League for 20 years, and he helped start the first girls’ high school hockey league in Michigan, as well. In total, he coached for 41 years, starting at the bantam level and moving up through the OHL and NAHL.

Dicristofaro spent 29 years in the high school ranks, coaching the five aforementioned programs. His teams earned 17 regional championships, 17 final four appearances, and three state titles. He was the first Michigan high school hockey coach to earn championships in both Division 1 and Division 2. These days, he serves an assistant coach for his son, Frank Jr., at Indiana Tech.

The 2022 class will be formally inducted on Sept. 25 in the campus of Central Michigan University, where the MHSCA Hall of Fame is housed. Weidenbach and Dicristofaro are two of a 14-person induction class.

More information can be found in the MHSCA June newsletter here.