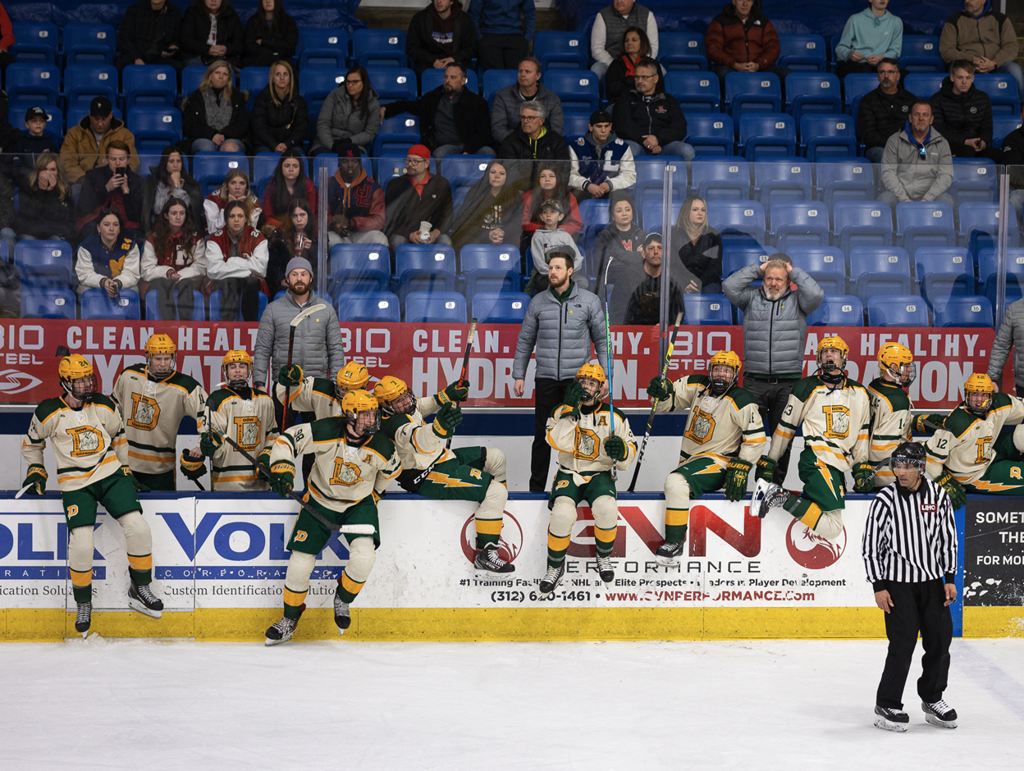 PLYMOUTH - Dick Blasy said he couldn’t believe it, both while it was happening and right after it ended.

He kept checking the scoreboard, over and over again, to confirm the results.

With the jumbotron reading 2-0 both before and after the final buzzer, Midland Dow won its first state championship Saturday afternoon.

“It just doesn’t seem real, to be honest with you,” said Blasy, the head coach of the Division 3 champion Chargers. “I checked the scoreboard about 50 times; it’s still there. It’s still 2-0. It’s unbelievable, but it’s always about the boys. That’s all I really truly care about is the fact that they did this. Whether we won or we lost, it doesn’t really change things. I would’ve been just as proud of these boys if we would’ve come out on the other end, because they just worked so hard.”

It’s the first state title for the city of Midland. Midland High reached the finals in 1994, 2008 and 2010, while Midland Dow had reached the semifinals three times, including the 2020 playoffs which ended early due to COVID-19.

The Midland hockey community can thank Collin Lemanski for the historic moment at USA Hockey Arena in Plymouth, after the Dow netminder shut out a high-powered Orchard Lake St. Mary’s offense in the title game. 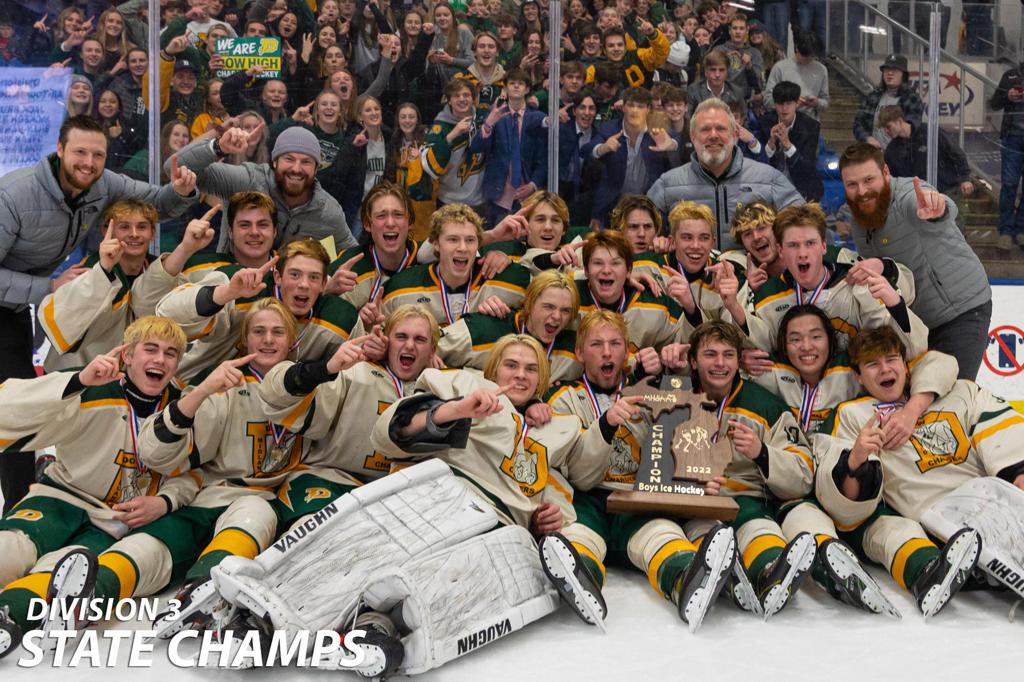 Blasy introduced him to the media gathered for the postgame press conference with the title, “best goalie in the state, Collin Lemanski.” Who’s going to argue with that one?

“You can’t do this without goaltending,” Blasy said about his goaltender. “How many shots did they have today? Thirty-two? How many goals did they get? I think that speaks for itself. Orchard Lake St. Mary’s brought it. I don’t think it takes a rocket hockey fan to know they took it to us more than we took it to them.”

Lemanski’s seventh shutout of the season came at the perfect time, as it took until the 14:31 mark of the third period for the Chargers to beat OLSM goaltender Aidan Klingbeil.

“I think it’s less about the shutout and more about the team just winning it, our first win,” Lemanski said. “It was great.”

Dow’s Nolan Sanders got ahold of a loose puck in a scramble in front of the Eaglets’ net, and chipped the puck over multiple bodies and into the net for the eventual state championship game-winning goal.

Two minutes later - and 18 seconds left in regulation - Ryan Pomranky banked a shot off the boards in his own end all the way down the ice into an empty net to ice it for Dow. 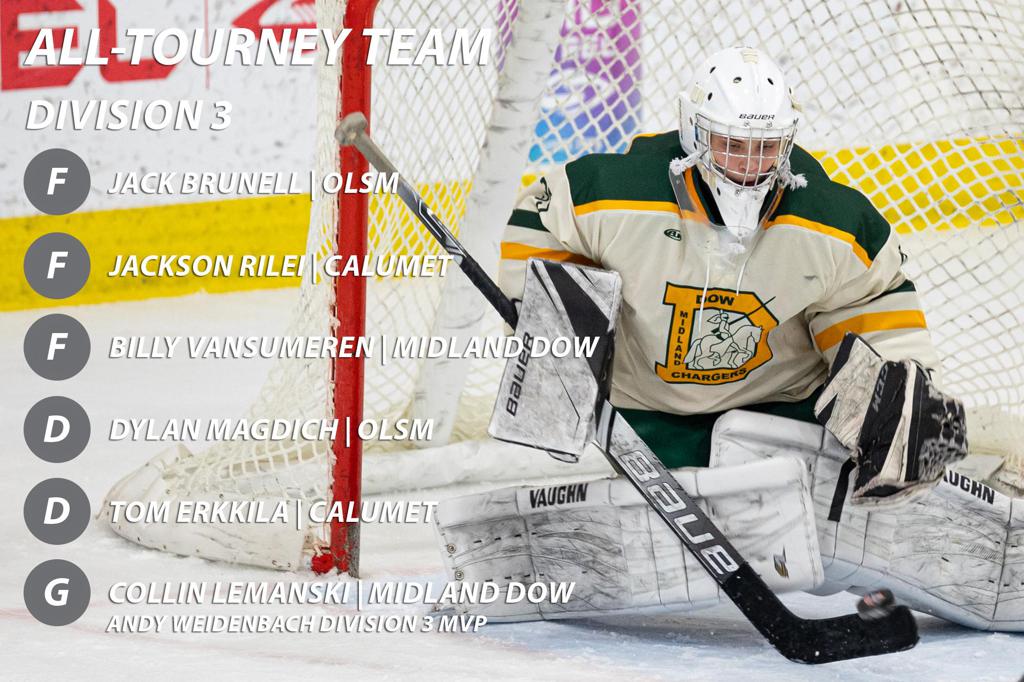