Team Michigan off to Minnesota after weekend camp 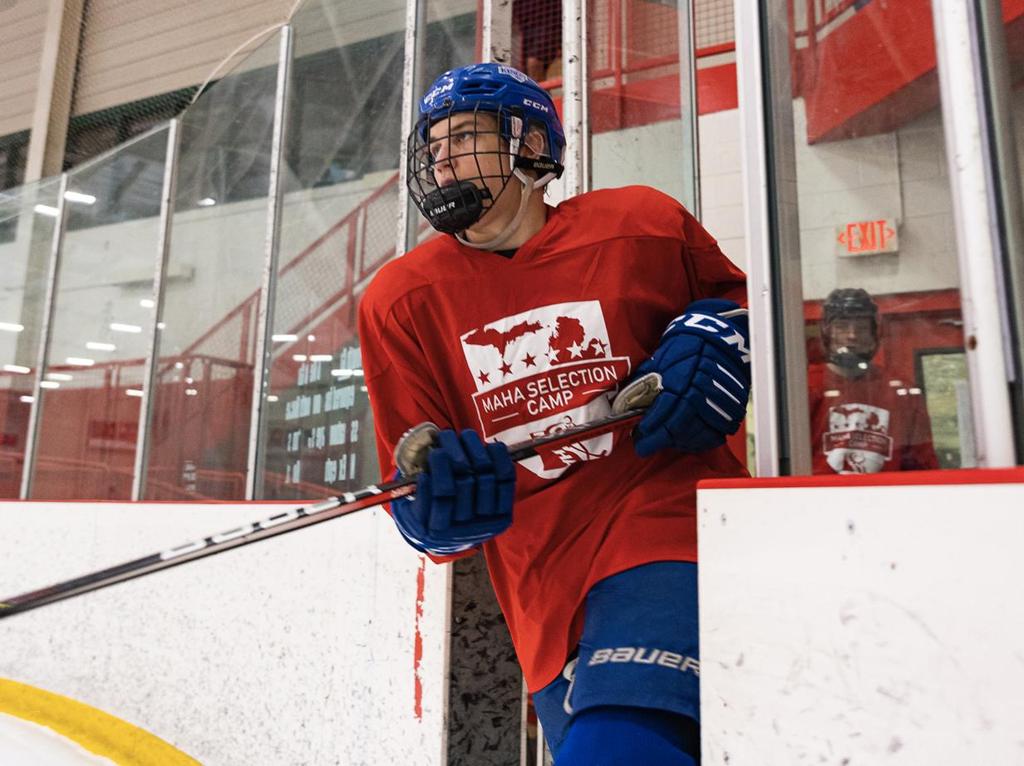 With their weekend camp at Novi Ice Arena concluded, Team Michigan is off to Minnesota to take part in the CCM High School National Invitational Tournament.

Each spring, the CCM NIT offers some of the best high school hockey players in the country the opportunity to compete in front of scouts and coaches and represent their state in a prestigious event.

In a collaborative effort between the Michigan high school hockey leadership and the Michigan Amateur Hockey Association, the Great Lakes State sends two teams - a Senior Team and a Junior Team - to compete against teams from Minnesota, Colorado, North Dakota and Wisconsin.

“Many high school players have the potential to play at the next level after their high school career is over and this tournament will give these young men a chance to showcase their abilities in front of scouts from the NHL, NCAA and junior leagues,” said Mike MacMillan, Executive Director of the Minnesota High School Coaches Association, in a press release.

The tournament begins on Thursday at the Plymouth Ice Center in Plymouth, Minn. All of the games are available to watch online at www.mnhockey.tv.

To earn a spot on Team Michigan, players first skated in one of three regional tryouts. Players who advanced to the next round of tryouts then took part in the Team Michigan Festival at the Arctic Coliseum in March before the team rosters were finalized by the Team Michigan staff.

“This is about as high-level of exposure for our players as you can get,” said Salem’s Ryan Ossenmacher, the head coach of the Senior Team.  "The process this year, with a regional tryout into a festival - the festival, it was the first time we had done that, it was fantastic, really well done out in Chelsea, really high levels of competition, the guys who made it there should be really proud and they got exposure to the next levels of hockey, and then the guys who made it here to the camp are obviously the elite of the elite.

“It was definitely new,” VanSumeren said of last year’s experience. “It was probably the highest level of hockey I’ve ever played, when I went out there last time. Experiencing camp for the first time, it was awesome, it was intense and high-tempo and everybody knows where to be. It’s also a lot of fun, you make a lot of good friends for a lifetime through this.

“…You get a chance to get looked at while playing along with getting to play with some of the best guys in high school hockey. It’s a great opportunity and I love it, it’s fun.”

The members of the Junior Team, meanwhile, will be making their first appearance at the CCM NIT. The new-look camp that took place at Novi prior to the team’s departure was partially done for the juniors to get the experience of competing against a team full of talented seniors before arriving in Minnesota.

“It’s an unbelievable opportunity for these kids to not only represent their state but represent their high school and themselves,” said Livonia Stevenson’s David Mitchell, head coach of the Junior Team, “to be part of  a big thing that the State of Michigan is doing, Team Michigan has been around for a number of years, and then the opportunity to go out to Minnesota and compete in one of the premiere events of the season.

“To showcase not only the skills and the levels of what type of player we have in Michigan but then themselves as individuals as well, the exposure, of course, the opportunity is invaluable.”